( 4.7 out of 5, 1350 reviews). Please Sign In first to rate
Indian Institute of Technology (IITs)
Add Institute 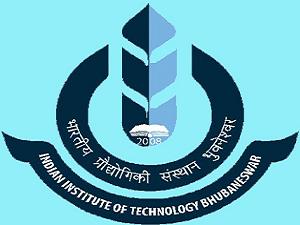 This is an educational institute of engineering situated at Bhubaneswar, Orissa state of India and it is among the eight newly opened colleges of IIT group. Due to the Indian Institutes of Technology (Amendmen) Act 2011, Ministry of Human Resource Development established this institute along with other seven colleges and IIT-BHU is also declared as Indian Institute of Technology (Banaras Hindu University), Varanasi. The institute started functioning from Bhubaneswar on 22 July 2008 and till that date it was operating from IIT Kharagpur campus from 23 July 2008. Academic session of IIT-BHU starts from July month of every year and it offers B.Tech, M.Tech and Ph.D programs for students.

The idea of establishing a IIT college in Orissa was demanded from a very long time and especially NSUI was involved in the protests for the same, even a organization name Agamee was formed with the same purpose. After the persistent efforts of politicians and organizations this became a major issue in parliament in the year 2007. The institute provides programmers like B.Tech. (Hons) in Civil, Electrical and Mechanical Engineering and the enrollment limit is around 40 in each department at the undergraduate level. The institute now also offers M.Tech and Ph.D. Most of the academic regulations of IIT-BHU have been adopted from its mentor institute IIT Kharagpur. For promoting interdisciplinary research the institute adopts the concept of schools rather than departments. Admissions to IIT-BHU are done through IIT-JEE examination held annually in India for the admissions in the colleges of IIT group.

The institute has been allotted an area of 936 acres by the Government of Orissa and the foundation stone was laid on the place known as Arungal in the outskirts of Bhubaneswar on 12 February 2009.Considerable progress in the supply of electricity and water has been made and a construction work of 4 lane road from National Highway 5 is also going on. For the construction of Innovation Centre for Climate Change also Government of Orissa has provided a land of 75 acres land along the Puri-Konark coastline. The campus has accommodation for 10,000 students and 1,100 faculties. For the growth of industry oriented research activities a science park is also being set up in the campus. The institute is expected to start operating by the end of this year from the new campus.

Apart from this, students of this institute also participate in inter disciplinary courses known as breadth courses which includes courses in humanities and social sciences, and also in management and information technology. In the seventh semester of the academic session a co-curricular practical training in Indian Industry is also included. The seven societies for various extracurricular activities have been formed. The institution organizes Alma Fiesta in mid January which is a socio cultural fest and also a tech fest called Wissenaire.

Number of Faculty: Not Specified