( 4.5 out of 5, 1301 reviews). Please Sign In first to rate
Indian Institute of Technology (IITs)
Add Institute 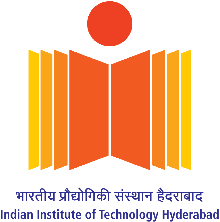 Indian Institute of Technology Hyderabad is one among the new eight colleges of IIT group that is established in India by Ministry of Human Resource Development under Indian Institutes of Technology (Amendment) Act, 2011. Construction of a permanent campus for this university is going on in Kandi while at present the university is temporarily located at Ordnance Factory Medak’s estate in Yeddumailaram which is about 45 km away from the Hyderabad City.

The institute consist of ten department for engineering, three science departments and one liberal arts(humanities) department, the institute offers undergraduate programs in seven disciplines of engineering whereas it also provides postgraduate and research degrees in all disciplines of engineering, Sciences and Liberal Arts. Admission to this institute is done through Joint Entrance Examination that is conducted every year in India for the admissions in the colleges of IIT group. Admissions to M.Tech programs are done according to the GATE score of the candidates and their academic record. Students admitted in M.Sc programs are selected according to their academic record and Joint Admission Test to M.Sc score. For PhD programs candidates are selected by their M.Tech/GATE qualifications and academic records for engineering departments whereas for science departments NET qualification is considered.

The institute’s current temporary campus is situated in a very poor location and it is also facing a lot of problems from near by localities with its fast growth. Transport facilities in the current location is also not so much good as only few buses run between the campus and nearest bus station. Institute itself provides bus service between hostel and academic campus that are about 3km away from each other. The academic blocks of the institute are actually the renovated buildings of Sarah Vikas School Campus. Institute provides facilities like classrooms, offices, hostels, recreation, sports and medical facilities. The institute is expected to shift to its permanent campus by the June month of the year 2014. This institute has been allocated projects from industrial and government agencies and ARCI is also collaborating with this institute for initiating a program for developing hi-energy density batteries. The institute was also active in a project named “DISANET” that was for disaster mitigation with Indo-Japanese collaboration.

IIT Hyderabad also organizes an annual cultural fest which is called as Elan. This cultural fest has been successfully held from year 2009 and it is conducted in the spring season mostly in the beginning of the new year that is in the month of January or February. The fest includes so many activities like workshops, lectures, demonstrations, technical exhibitions, cultural performances and also live concerts. The festival also includes competitive activities like simulations and modeling, design events, programming, quizzes, debates, robotics etc.

Chancellor /Dean: U. B. Desai[