( 4.7 out of 5, 940 reviews). Please Sign In first to rate
Indian Institute of Technology (IITs)
Add Institute 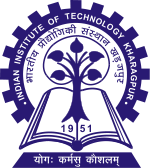 Indian Institute of Technology Kharagpur, also known as IIT Kharagpur or IIT KGP, is an institute of engineering, law and management. It was established in 1951 by the government of India to train scientist and engineers after India achieved freedom in 1947. The campus of IIT-KGP occupied 2,100 acres of land and located about hundred and twenty km west of Kolkata.

The campus has residential area in its premises with more than 20,000 inhabitants. In 2006, IIT-KGP had more than 450 faculty member, more than 5000 students and about 2,000 employees living at the college premises. The campus also have about 21 hostels for students which is located at the side of Scholars Avenue.

IIT-KGP have 19 academic departments as well as 14 schools of excellence, eight multi-disciplinary centres and laboratories and central research facilities. Admission for IIT-KGP undergraduate and postgraduate are granted through common entrance examination whereas admission to M.S and Ph.D programmes consist written examination followed with personal interview (PI). The common entrance examination for undergraduate programme is commonly known as Indian Institute of Technology Joint Entrance Examination (IIT-JEE). Students can apply for this program through IIT-JEE after completely their 10+2 schooling and after scoring good marks in IIT-JEE they qualify to apply IIT-KGP. IIT-Kharagpur offer 4 year program of B.Tech, 5 year of Dual Degree, 5 year B.Arch and five year integrated M.Sc. The admission process of postgraduate program is through GATE, Graduate Aptitude Test in Engineering. Other postgraduate program like M.Sc admission process is through JAM or CAT, conducted by IIMs for management studies.

IIT-KGP has number of annual cultural festival which includes Spring fest, Kshitji, Robotix, Illumination and many more. Spring fest is Asia’s biggest socio-cultural festival, held every year in January. The festival start with cultural competition followed by stage show and artist like Sunidhi Chauhan, K.K. Shaan, Pritam have performed in this festival.