( 4.3 out of 5, 1639 reviews). Please Sign In first to rate
Indian Institute of Technology (IITs)
Add Institute 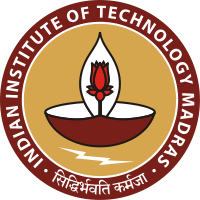 Indian Institute of Technology Madras, also known as IIT Madras or IIT-Madras, is an institute of engineering and technology, located in Chennai, India. IIT-M was established in 1959 by the Government of India and recognized as an Institute of National Importance as well. IIT-M was founded with the help of former Government of West Germany and it was India’s third IIT Institute which established under the act of parliament for higher education and research facilities.

Like all IIT institute, IIT-M also offer undergraduate and postgraduate programs as well as research degrees in 15 departments of engineering, management, sciences and humanities. Admission process for IIT-M is through Indian Institute of Technology Joint Entrance Examination (IIT-JEE), students can take this exam after completing their 10+2 schooling. The admission process for postgraduate programs is through Graduate Aptitude Test in Engineering (GATE). For M.Sc and B.Sc programes, candidates have to go through entrance test of JAM, Joint Admission Test. CAT, Common Admission Test is for the candidates who wants to apply for MBA programs of IIT-M. IIT-M was awarded with the position of 312 internationally in the QS World University Ranking of 2012. It was ranked number 42 by QS Asian University Ranking if 2012 and India Today awarded IIT-M with the rank of number 4th.

IIT-M has also tied-up with foreign universities through which they operate student exchange programs around the globe. MOUs, Memoranda of Understanding has been signed between these universities, in result of which they assign cooperative projects and assignments to students.

IIT-M campus organise various festivals and curriculum activities every year such as, saarang and shaastra. Saarang is an annual technical festival of IIT-M and it held in the month of October every year. Saarang is an annual cultural and social festival abf it is held every year in the month of January. Apart from these the other activities of IIT-M are boifest, exebit, samanvay, forays, CEA fest, chemclaves, Mechanica, Annual Academic Conference, Wavez.