( 4.9 out of 5, 1029 reviews). Please Sign In first to rate
Indian Institutes of Management (IIMs)
Add Institute 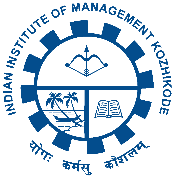 The Indian Institute of Management Kozhikode, also known as IIM-K, is a public, autonomous, business school in the state of Kerala at Kozhikode. It is one of the 13 IIMs in India, and was established in 1996 by the Government of India with collaboration from the Government of Kerala. It is the 5th IIM to be established in India. The current campus was first identified in 2000. The design and construction began the following year, at the hands of world renowned architects, Joseph Stein and Stein Mani Chowla. This new hill-top campus, was inaugurated in 2003 by the then President of India, Abdul Kalam.

The IIM Kozhikode campus is spread over 100 acres of lush green, hill-top land. The area stretches itself across 2 hills, making it one of the most beautiful campus in the entire country. The campus is environment friendly, with most of the water sourced from rain water harvesting throughout the year. The picturesque environment and the fresh oxygen rich campus, along with air conditioned classrooms, omnipresent WAN/LAN connections, luxury rooms etc., provide some of the most wholesome experiences to help learning.

IIM Kozhikode can host upto 720 graduate, and 15 doctoral students at the same time. Admissions take place through the Common Admission Test (CAT), for all Post Graduate Courses. CAT is one of the most difficult exams in the world, with a success rate of less than one in hundred. Like other IIMs, IIM-K also awards only diplomas. The flagship course at the IIMK is the Post Graduate Programme in Management, which is equivalent to an Master in Business Administration. Additionally, IIMK hosts a Fellow Programme in Management, which is a residential programme that lasts four years, and where students are trained to pursue management research or academics after completion. A shorter programme for professionals in Faculty or Management Development, called the Executive Management Education Programme, is also offered. IIM-K also has an active International Exchange Programme, with tie ups with the Copenhagen Business School, Leipzig Graduate School of Management, University of Queensland, Reims Management School among others.

IIM Kozhikode also hosts various cultural events throughout the year. Echoes, E-Summit, Backwater, etc., are some of the major festivals organized at the institution. A social Service Group in the IIM Kozhikode organized small marathon in 2010 and 2011 for charity. The Institute has many active student committees and activity groups in various fields such as consulting, finance, marketing, music, theatre etc. IIM K achieved a rank of #7 in the India’s 50 top B-school list by Hindustan Times, #6 by Business Today, and #7 by the Pagalguy rankings.

Number of Faculty: Not Specified